SCiON in the spotlight at
Swiss Cyber Security Days 2022

The Swiss SCiON Alliance of Sunrise, Anapaya, and Swisscom attended the event where leading Swiss organizations such as the Swiss Bankers Association, Swiss National Cybersecurity Centre and Health Info Net all declared their support of SCiON.

Sunrise, Anapaya, and Swisscom showcased their Swiss SCiON Alliance in an expansive booth in the middle of the Swiss Cyber Security Days expo area.

The remarkable alliance is evidence of how the 2 largest Swiss telcos are in collaboration to build robust networks for the financial sector, healthcare industry, and other critical infrastructures in Switzerland. 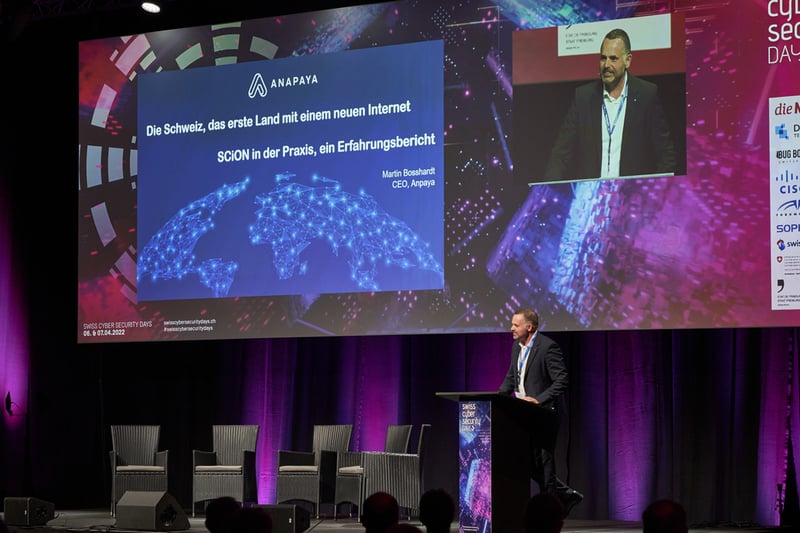 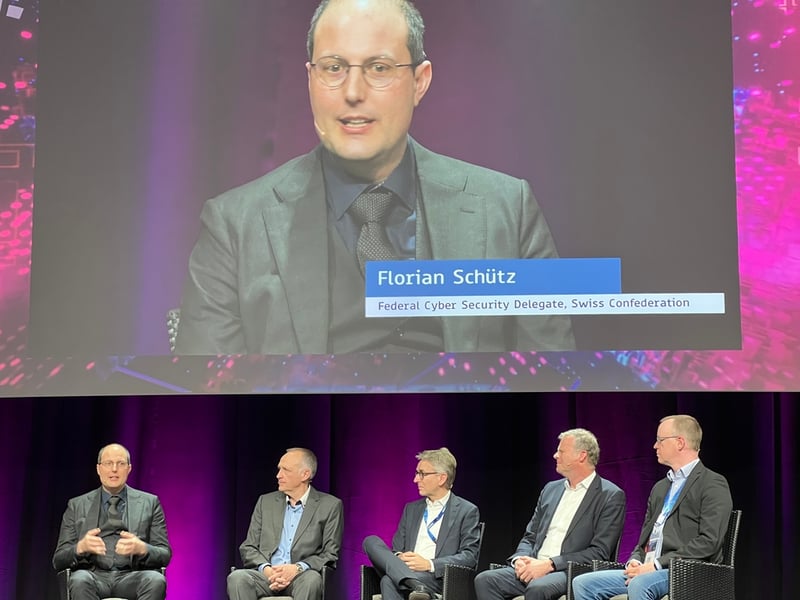 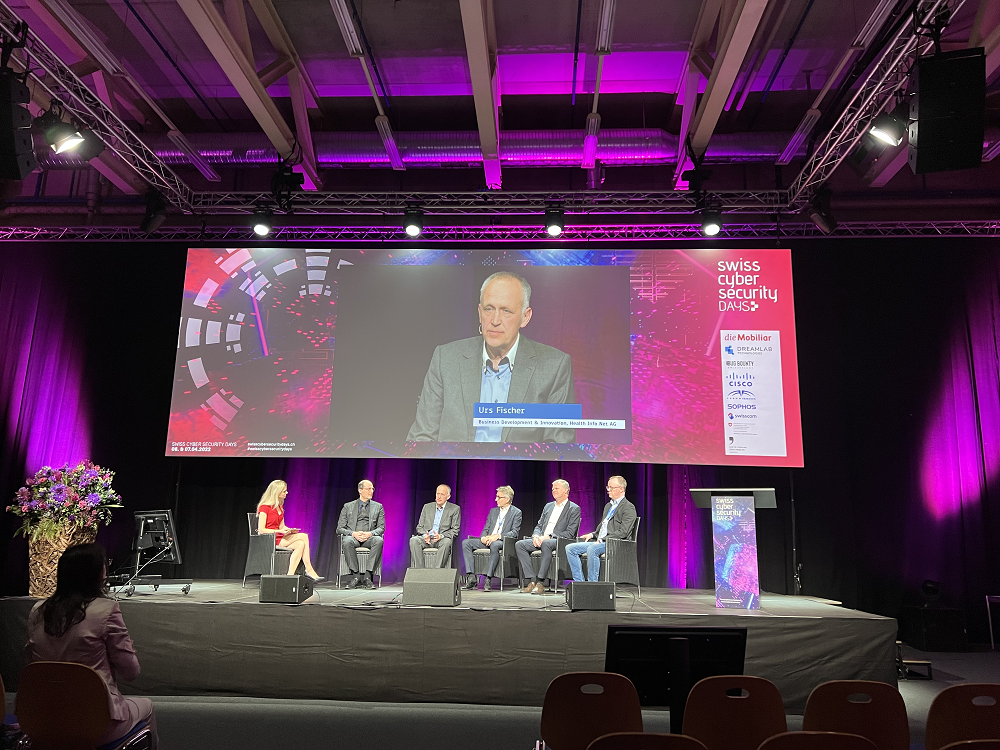 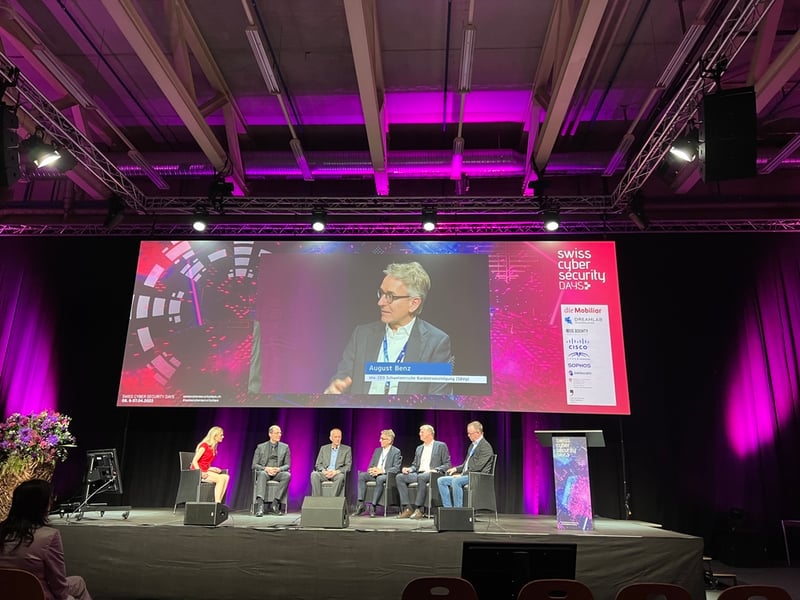 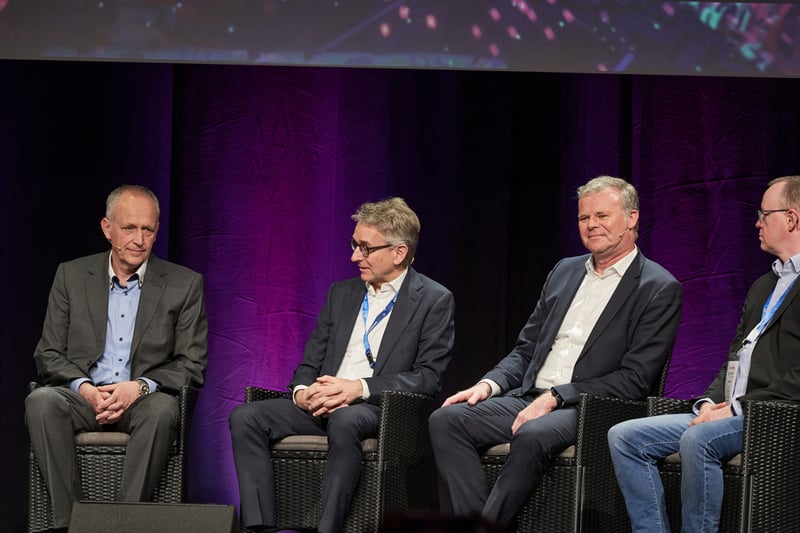 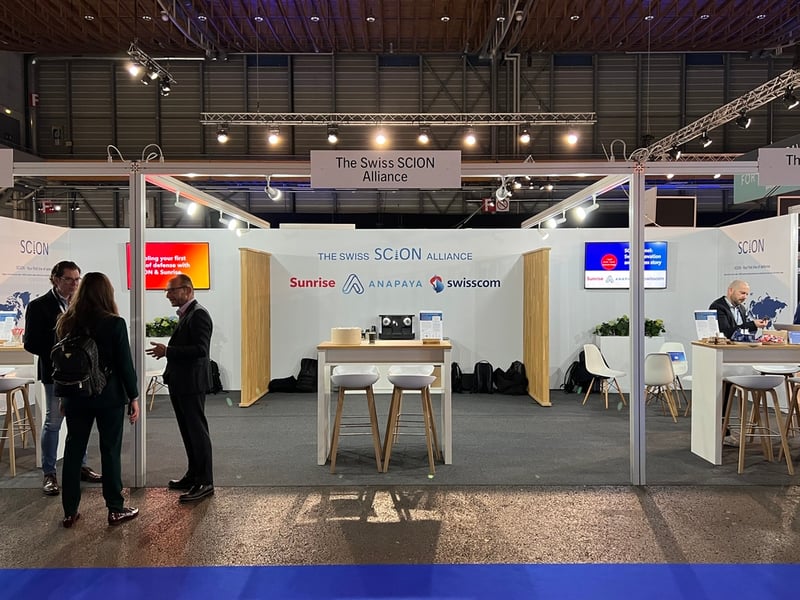 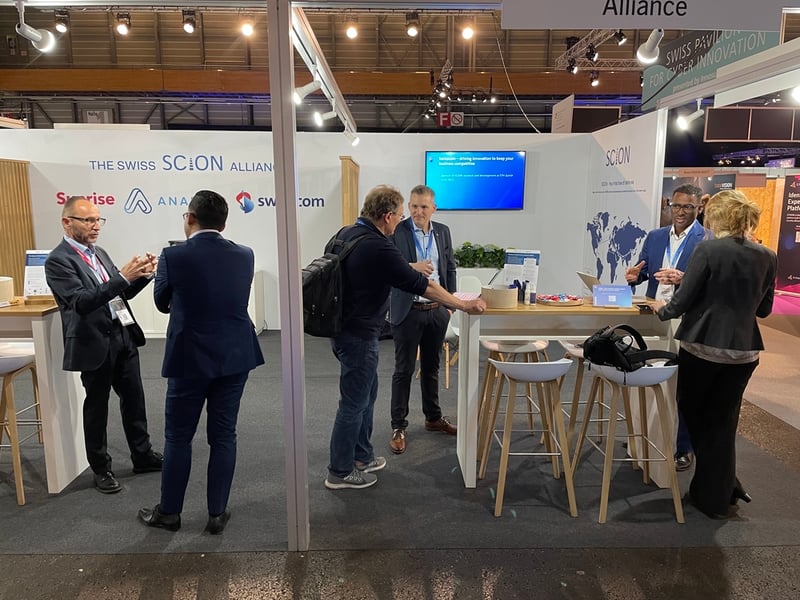 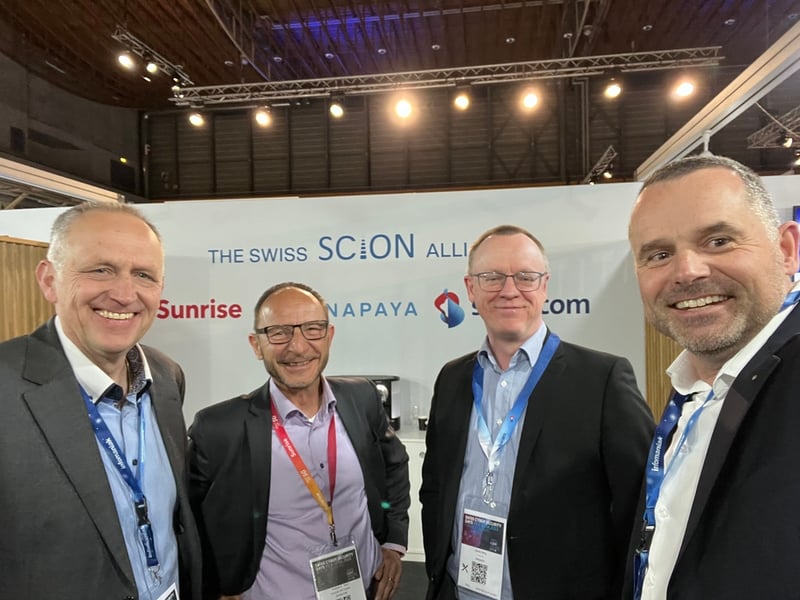 Leading Swiss Organizations are adopting SCiON at a rapid rate.

The fourth annual event, which demonstrates high-level insights for attendees, is hailed as the most important meeting on cyber security in Switzerland. Key decision-makers and experts from around the world attended, including American Cyber Security Director and advisor to President Joe Biden, Chris Inglis.

August Benz, Deputy CEO at SwissBanking - Schweizerische Bankiervereinigung (SBA) expressed full support for the SSFN.  In addition, HIN confirmed on stage that they had started the process of SCiONabling their network of thousands of clinics, doctors, hospitals and labs across Switzerland. The SCiON network will resemble a healthcare version of the SSFN launched last year.

“Presenting at the Swiss Cyber Security Days revealed the true need for SCiON in today’s digitally reliant society. HIN’s network will transform the way healthcare is delivered for the better - and it’s just the beginning of what SCiON is capable of,” said Martin Bosshardt.

Swiss Finance Day celebrates the Swiss financial center's contribution to innovation and sustainability in the Swiss pavilion in Dubai. The event attracts prominent financial players from around the world, to view the next big developments in the financial sector. This year, it focused on innovative and sustainable finance, and opened with Anapaya CEO Martin Bosshardt’s presentation on how SCiON is combatting the threats to today’s Internet and the Secure Swiss Finance Network (SSFN).

“The Internet has changed our society - updates about important news, the reliance upon e-commerce during the pandemic, how critical infrastructure is enriched through data, and more prove this every day,” says Martin. “But despite all these benefits, the Internet has intrinsic flaws that can be taken advantage of. The Internet as we know it is not enough for what society needs it to be today.”

SCiON technology is positioned as a reliable solution to protecting digital financial freedom and critical federal infrastructure. Anapaya’s solution to the Internet's flaws is best demonstrated through its achievement with the Swiss Secure Finance Network (SSFN). It is currently the most reliable and secure public financial networking solution in the industry, without sacrificing networking flexibility.
Launched in November 2021, the SSFN found great success with early adopters Zurcher Kantonal Bank (ZKB), Raiffeisen, and UBS. The innovative, new network for the Swiss financial industry enables reliable digital transactions and secure communications with a flexible, any-to-any architecture.  Anapaya played an essential role in its development, deploying the SCiON infrastructure it is based on. Stemming from research at ETH Zurich, SCiON and the SSFN are catalysts for the Swiss banking industry’s evolving, open stance on bank digitalization.

The Swiss government once again solidified its reputation as one of the leading financial centres in the world, boasting its track record of stability, reliability, and openness to innovation. They invited Anapaya specifically to showcase the SSFN project, which is based on SCiON, to demonstrate the reliability and security of this new infrastructure for hundreds of interconnected banks and financial institutions.

“We are honored to have presented what SCiON is capable of in front of such distinguished attendees,” said Martin. “It further indicates that there is a real need for SCiON today and demonstrates what Swiss excellence is capable of on the world stage.”

As the event closed out with a panel discussion, one participant was unable to join due to a faulty connection. Peter Minder,  Head of Swiss Financial Communications, hinted at using Anapaya to resolve such issues at the next Swiss day, indicating confidence in SCiON-based, Swiss-made technology.

Book a meeting and become SCiONabled 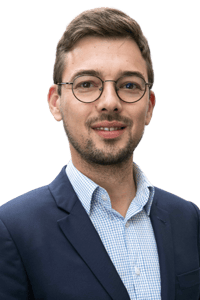