The Unseen Problem of Unreported Cybercrime 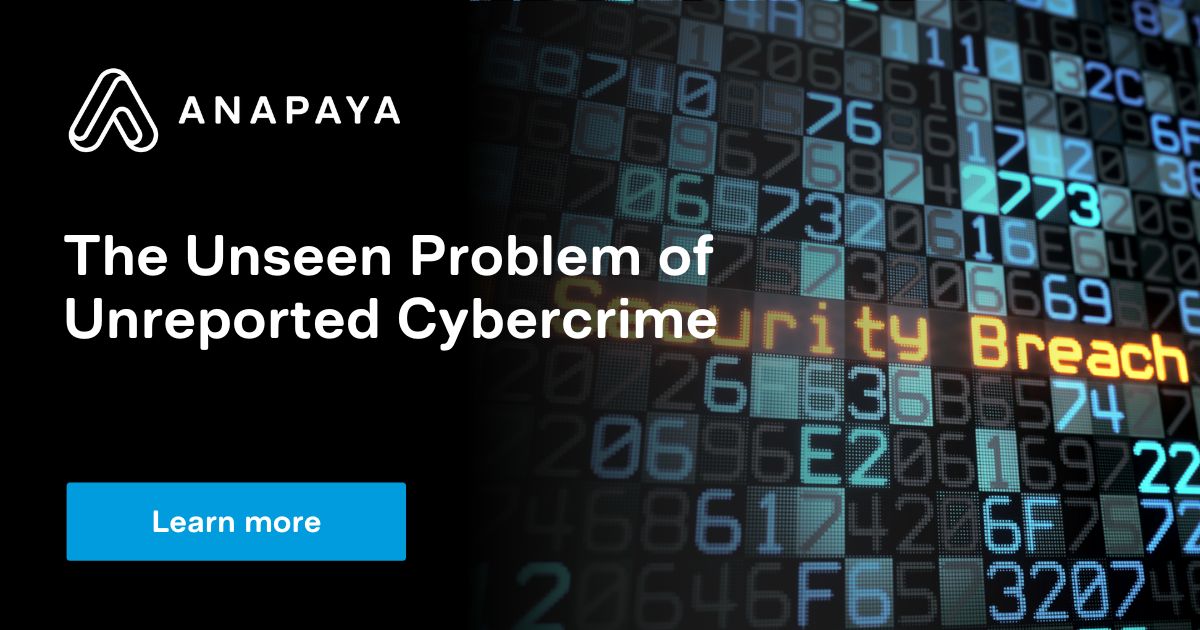 The real danger may be in what you’re not doing.

It’s a well-known fact that cybercrime can have a devastating effect on businesses. According to a 2020 Forrester report, it was found that the median cost to companies who were unable to deflect a cyber attack was €50,000 per incident. With a cyberattack occurring every 44 seconds throughout the day, this is an intimidating number - and the danger is very real.

60% of small companies close within 6 months of falling victim to hacks and breaches, and the world loses nearly one percent of GDP - about €574 billion - every year from cybercrime.

With such high stakes, you may think that organizations would be the first to come forward when the worst happens, but this isn’t the case. The World Economic Forum (WEF) has noted that a significant proportion of cybercrime goes undetected. The US Department of Justice (DOJ) has recently been more specific: only one in seven cyber crimes is reported, which means over 85% of cybercrime is left hidden in an organization.

Why cybercrime flies under the radar

You may wonder if your organization may be an unwitting victim of cybercrime. After all, the majority of cybercrime tends to go unnoticed by the authorities and potentially even leaders of an organization. The truth is - we may never know the real answer, but we do have a few reasons why this may be happening.

Every organization is made up of various people that are increasingly performing digital tasks remotely. Only some of these employees are fully equipped, trained, or prepared for the dangers of online work using their basic home internet connection, and cybercriminals know this. According to the 2021 IBM Cyber Security Intelligence Index Report, staff error plays a significant role in 95% of successful data breaches, which is why most cyberattacks now target employee negligence.

In short, your employees may fall victim to cybercrime without you - or even themselves - knowing, and the larger your organization is, the more likely this is the case. It is the responsibility of IT professionals to train employees and to continually upgrade their defense systems in the first place.

Data breaches rarely ‘just happen,’ and it only takes one weak link in an organization for a DDoS attack to get out of control. As we’ve discussed above, negligent employees are often involved, and unless they work in the most forgiving corporate culture, they’ll avoid owning up. Of course, this opens up the entire company to attack and financial ruin, but it’s not just the employees who could be covering their tracks.

Managers, owners and other high-profile stakeholders are just as likely to avoid cyber attack disclosure for fear of reputational damage. General public perception, stringent data protection laws, and personal reputational damage are all reasons a company may make the executive decision to keep quiet.

It would seem that companies believe that if they just play nice with criminals, they’ll get their data back, and the criminals will leave them alone. Statista states that 63% of victimized organizations paid ransoms to cybercriminals. One of the primary conditions of this is to keep the attack secret and away from the authorities. Criminals promise that as soon as the money leaves the bank, the data will be decrypted; however, this is rarely the case.

92% of organizations who negotiate fail to regain the total amount of their data, and only 65% of the data is recovered on average. To make matters worse, 80% of ransomware victims are likely to suffer repeat attacks, with one in two companies being targeted a second time by the same actors of the original attack.

The other big reason for the lack of cybercrime reporting is that many attacks are so well-hidden. Cybercrime is a trillion-dollar business, and cyber criminals spend more on innovation than organizations spend on protection.

If that sounds ridiculous, consider that cybercrime earns cybercriminals $1.5 trillion annually. It stands to reason that organized groups of criminals would invest, streamline and perfect their attacks to maximize their gains. While the cyber security industry is worth $150 billion, it’s still only 10% of the funds cybercriminals have at their disposal.

While the above facts reveal that cybercrime is a far more prolific challenge in modern business than the figures we often read about, it points to an even more significant threat: how do you know that you are or will be a victim yourself?

You will never know if you or your employees have encountered a vulnerability that could lead to the detriment of your business - and that paints a grim picture for organizations; it doesn’t make you powerless. By doing business on the public internet with the hopes of complete security, you’re playing a losing game - especially when you consider how much cybercrime out-earns cybersecurity. The first step is to get off the public internet entirely, to join a new and better way to connect: To become SCiON-enabled.

SCiON is the ultimate network for secure remote business connections. It renders your data transmissions invisible from attackers while still offering the flexibility of the public internet.

Unlike the public internet, SCiON enables the sender to define how their data travels based on specific policies that can avoid entire regions and cybercrime hotspots. This means the sender does the routing, constructing end-to-end paths - similar to using a GPS optimizing for traffic, tolls or distance. It further allows these path segments to be interchangeable at will, based on updated information about travel paths.

This means that each path will be unique, spending on where, when and how each user will send data - and that cyber attackers will be unable to predict where or how data will travel. SCiON thus effectively renders data transmissions invisible until they are received and secure.

Secure your most valuable asset

Data has become the most valuable asset to any business - it makes sense to invest in its security. SCiON is the world-class secure network for organizations that want to protect their data and, ultimately, their reputation.

Become SCiON-abled by contacting us, and discover what we can do for your security today. Anapaya named a ‘Cool Vendor’ By Gartner in the September 2020 Cool Vendors in Enhanced Internet Services and Cloud Connectivity.

Posted by Hakan Yuksel, Sep 29, 2020
Since being named as a Sample Vendor in Gartner’s Hype Cycle for Enterprise Networking, 2020, Anapaya has been recognised ...
Read More

Posted by Linn Swantee, Jan 06, 2023
It’s a new year, with new opportunities - but also new threats, if the research is to be believed.