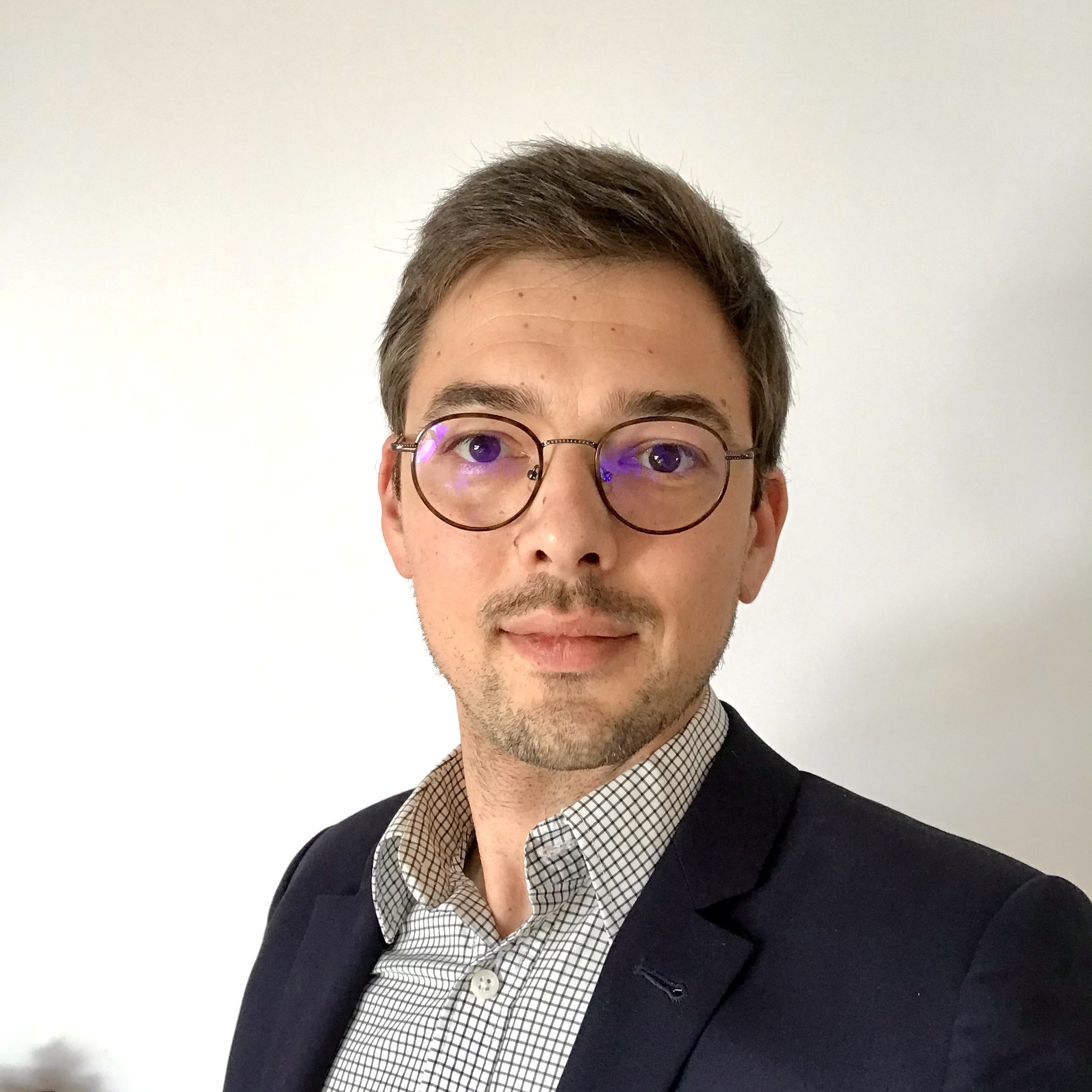 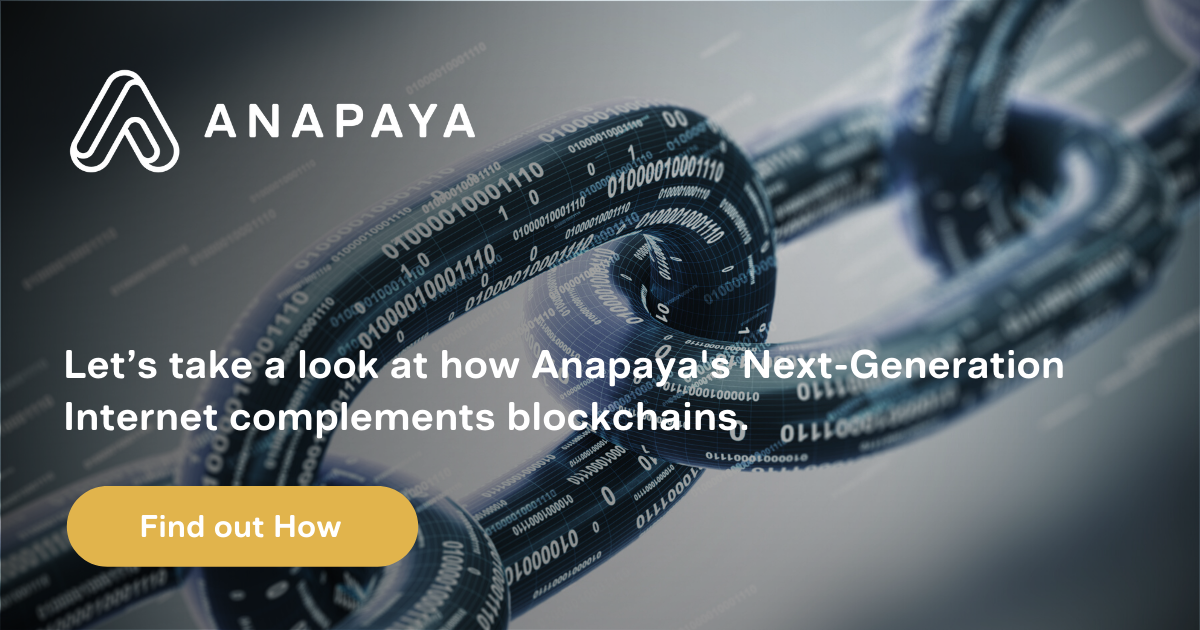 How Anapaya’s solution reinforces the security and reliability of blockchain.

Blockchain is a new buzzword in the financial and logistics sector. It offers a new way of securing online transactions. Let’s take a look at how Anapaya's Next-Generation Internet complements blockchains.

A summary of Blockchain

To understand how Anapaya’s solution supports and helps secure Blockchain, we first must begin by gaining insight into what Blockchain actually is.

Blockchain is a system of recording and verifying information which protects users from fraudulent data. When transactions occur on the blockchain system, a record of the data is copied to each network user in order to be verified. If one user submits information that is not verified by other users, it is immediately flagged for inspection and could result in the user being locked out of the system.

What this ultimately means is that if any records have been tampered with or changed, it becomes clearly apparent. If hackers or cyber criminals wanted to corrupt or infiltrate a blockchain system, they would have to change every user’s block in the network, across all the distributed versions of the chain. This makes it highly secure against fraud and hacking.

The disadvantages of blockchain for business

However, blockchain is not a perfect solution, especially for businesses. There are fundamental flaws with the system that companies may run into should they decide to use it.

However, we do not affirm that blockchain is an ineffective option for businesses. Indeed, it may prove to be one of the more effective security and reliability measures available on the market right now. However, we need to be realistic about its vulnerabilities and shortcomings and seek out complementary services that address these.

One such service that assists blockchain’s potential is Anapaya’s Next-Generation Internet.

How Anapaya Complements and Supports Blockchain

Anapaya gives each user control over their data and the paths it uses to its final destination through the geofencing feature. Users of Anapaya’s SCION technology can select to avoid specific locations or optimise for aspects such as security, speed or distance. It does not rely upon a community of users to secure the data, because the only person in control of the data is the owner themselves. While blockchain relies upon a community for trust, Anapaya empowers users to trust in the safety of their data by giving them control directly.

Anapaya thus adds a layer of security to blockchain for data transmissions as each user individually controls where their data travels and who sees it. It enhances security by offering control over the network paths transactions take for greater transparency and accountability.

Blockchain relies upon a majority of users in order for it to work. However, if the majority of users are located in a region that experiences downtime, this could quickly become a problem. It’s not uncommon for governments to simply terminate connections, IP prefixes or entire data routes. Simply put, if the location of the majority of blockchain users is compromised, the entire blockchain is at risk, even for users outside of that location.

With Anapaya, users can avoid certain geographic areas and have the ability to quickly and automatically switch paths in case of failure or connection blocks. Users of blockchain can utilise this ability to ensure their systems are immune to geographic or political changes to networking.

Furthermore, the inherent multipathing capabilities of Anapaya’s SCION technology and built-in source authentication make the network much more resistant to DDoS attacks that could disconnect large parts of a blockchain’s network.

Blockchain was developed to be used for Cryptocurrency, which requires stable connectivity and reliable network security. Anapaya’s solution offers improvements to both connectivity and security while adding a layer of control for its users. Users of blockchain would do well to take advantage of Anapaya’s Next-Generation Internet, whether they want to secure their digital currency or just have a better way to connect.

By itself, Anapaya’s solution can support blockchain users by providing a reliable, secure and trustworthy network, far beyond other traditional connectivity options. It ensures that blockchains have a reliable, secure, and trustworthy network to use. Using the two together is beneficial for both businesses and individuals to secure their transactions and connections. To find out more, contact Anapaya and discover how you can take back control over your data and communications, today. 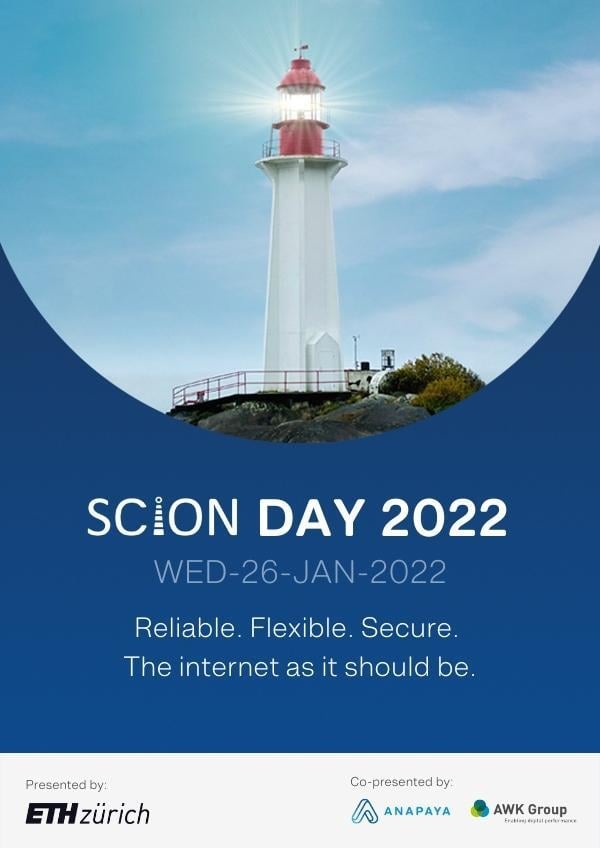 Posted by Anapaya, Dec 07, 2020
Mr. Martin Bosshardt has recently joined Anapaya’s Board of Directors. His 20 years of leadership and entrepreneurial ...
Read More

Posted by Anapaya, Feb 04, 2021
Bosshardt’s 20 years of networking and security experience is expected to lead the company into 2021 Zürich, Switzerland - ...
Read More