Why you need more than a VPN today 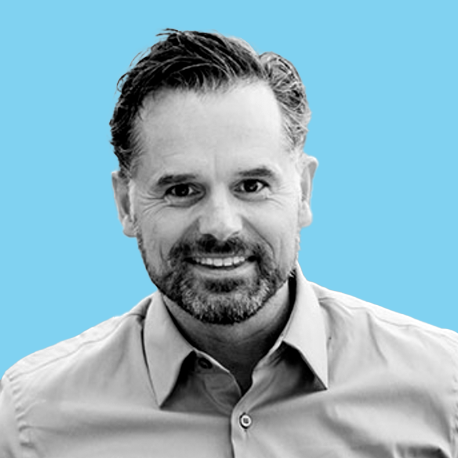 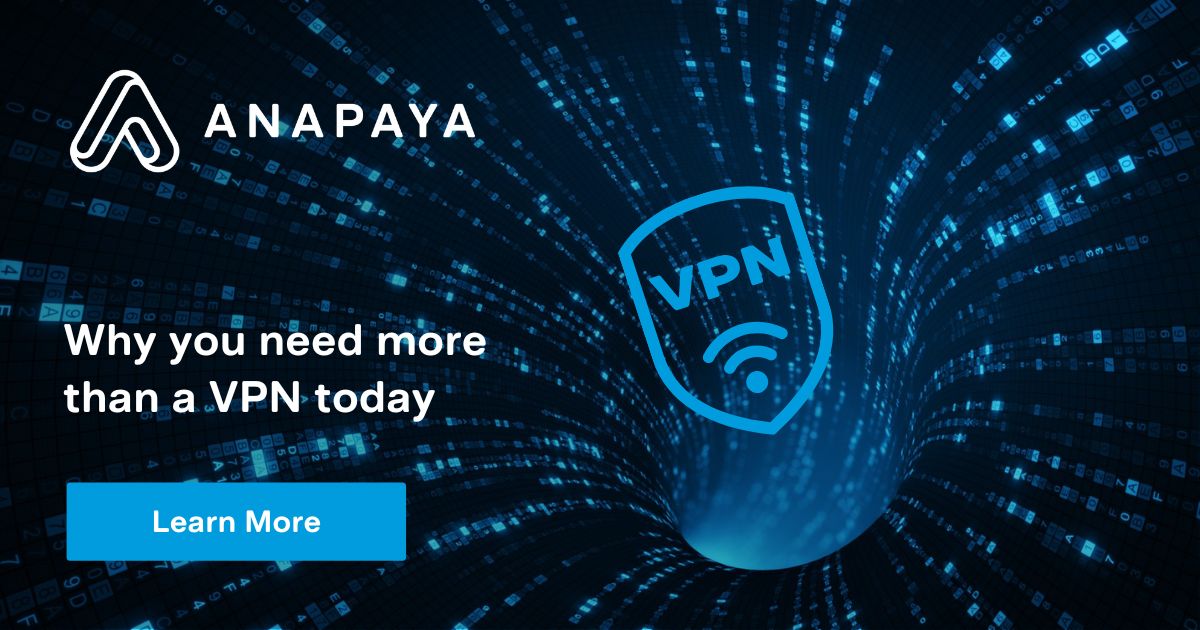 5 alarming facts and what they mean for you

It’s no secret that the Internet as we know it is not secure. The onslaught of cyber attacks from around the world is proof enough of this, and companies from a wide array of industries are all finding solutions in the hope that they can protect their data.

One such solution is the use of Virtual Private Networks, or more commonly known as VPNs. The thought process is simple. Send your data through a private, encrypted network, and it’ll be safe from prying eyes.

Private data is safe data - or so the common thought goes, but are VPNs enough?

In this blog, we’ll uncover five facts on VPN security that you may find surprising.

72% of company IT professionals stated they were ‘concerned’ or ‘very concerned’ about the impact VPNs have on their ability to protect operational resources and sensitive data. They believe that VPNs cannot deliver the same security standards required for such information and operations.

VPNs, while perfectly acceptable for private use, may not be enough of a security guarantee in a professional environment. With such high stakes, IT professionals are beginning to question whether their remote access strategy needs to be adjusted, seeking to bolster the effectiveness of VPNs with other solutions.

2 - 67% of organizations are seeking an alternative to VPN

In light of recent cyber attacks, vulnerabilities, and the reliance on work-from-home setup, companies are adjusting their approach. Nearly 3 in every 4 companies are seeking an alternative to VPN solutions.

Today, organizations understand the power and value of data. Actions speak louder than words, and companies are making moves away from VPNs and towards alternative means of digital security. In essence, companies are starting to evaluate whether VPNs are secure enough on their own.

3 - 57% of Cyberattacks Occurred While Using a VPN

More than half of the respondents to a Forbes survey stated that they’d been a victim of a cyber attack while using a VPN. The article, which sets out to identify the truth of VPN security, found that VPNs are not always as secure as one may think.

VPNs may not be as secure as previously thought and may lull users and organizations into a false sense of security. Many cyberattacks, such as DDoS attacks, are particularly effective against VPN users and could cause compounding problems for the organizations that rely upon them. This means that in light of recent attacks and evolving cybercrime, other solutions may be needed to fill in the gaps that VPNs leave vulnerable.

As companies are embracing a remote or hybrid way of working, criminals are adapting their strategies. A staggering 1916% increase in VPN-specific attacks occurred last year, with the number on the rise. The attacks focus on inherent VPN vulnerabilities that allow a threat actor to gain access to a network. Once they are in, they can exfiltrate information and deploy ransomware.

Remote working isn’t going anywhere, and malicious cyber attackers know this. As we’ve seen with evolving viruses, the methods employed by cybercriminals will evolve and adapt to VPN security - oftentimes, faster than what IT security experts can keep up with. IT teams cannot simply rely on VPN solutions to do all the work - they need other forms of protection for their connectivity.

5 - 479 VPN vulnerabilities are available on the public domain

(The Electro-Chemical Society, Journal of Physics 2021)

As of 2020, there are 479 commonly known VPN vulnerabilities hackers can freely use via the public domain. This means that there are 479 easily accessible routes of attack that cyber attackers can use to access VPN-protected data from companies.

VPN security is constantly under threat - and common routes of attack already exist for those who want to target VPNs. This does not bode well for VPN users, as hackers and attackers will only grow in number the more common and available this information gets.

What can you do about it?

Start by hiding your VPN tunnels. 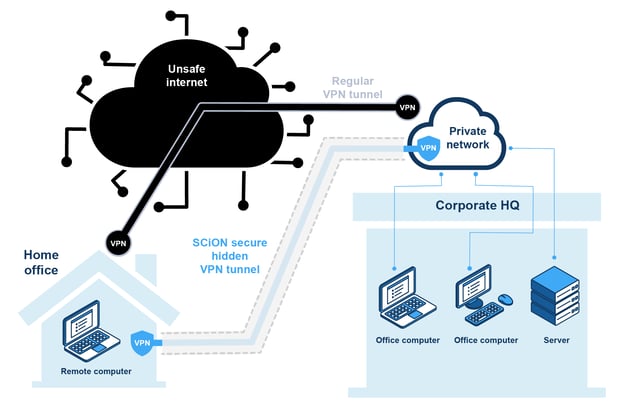 VPNs have become a staple for businesses who rely on connectivity to operate. The value of data is too precious to leave vulnerable, so it’s only natural that organizations will go to great lengths to protect it.

However, VPN tunnels may not be as secure as originally thought and may be inspiring a sense of false security for companies around the world. As the stats above have indicated, it may be time for businesses to add more ways to secure their data.

SCiON, as provided by Anapaya, is a simple solution for businesses seeking protection online today. It makes up for the vulnerabilities of VPNs because it takes businesses off the traditional internet path, invisible to cyber criminals and attackers. SCiON doesn’t seek to fortify or obscure connectivity from attackers. It removes the element of attack completely, enabling your VPN to operate without fear of DDoS or routing attacks, putting the control of your connectivity back into your hands.

In conclusion, you’ll need more than VPN for the challenges of today’s connectivity threats. If you are interested in finding out more, book an intro meeting with our experts here > and discover a new way to connect safely, securely and reliably with SCiON.

SICO attacks and how to protect your network against them

How to Optimise Remote Work in Banking

Posted by Leah Ladines, Sep 16, 2021
Remote workers in banking, the problems, and how SCiON helps With the rise of ‘new normal’, came a new way of working. In ...
Read More

Posted by Patrick Bollhalder, Mar 25, 2022
Recent events in Ukraine have highlighted a serious need to protect critical infrastructure from digital threats. The ...